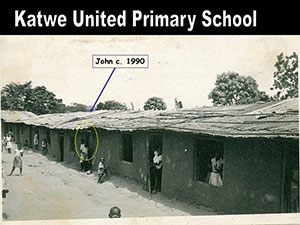 The story of Nkuru-Nziza Foundation begins way back in 1992 when John was funded to attend St David’s college in Llandudno, Wales as a student. He remained there to take his GCSEs and A levels, and then continued his education at John Moore University before returning to Uganda.

During his time at St David’s he was able to raise funds to move his mother to a safe compound in Kampala, an accomplishment that remains a wonderful example of a self-help shanty-town development and in many ways it is still the mainstay of John’s family. 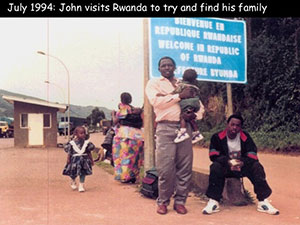 The horrors of the Rwandan genocide and the aftermath of that atrocity on the people of John’s natural heritage fuelled his determination to find practical ways to bring hope and good news to those in need.

This started to be lived out more and more as John moved back to Uganda and started to develop the projects found on this website. Most of these were started in conjunction with the generous support from friends made through his UK time, and in order to ensure that the support went through the correct channels, a UK charity was set up – Link International Innovations (LII).

The vision of LII was, and still is to be ‘a charity that engages people in exploring innovative ways to alleviate poverty, promote creative education and support health care projects in poor communities. Their focus is on finding new ways to solve old problems. They work primarily (but not exclusively) with young people in Uganda and the UK. Providing compassion opportunities, whether at local, regional or global scales is one of their core values. 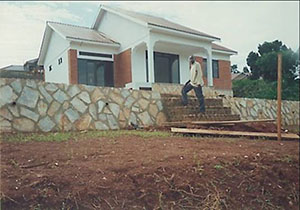 LII has continued to provide unstinting support to the various projects –through financial resources, teams of young people from St David’s College, and access to an increasing network of professional support and input. The early St David’s teams, starting in 2005, worked in Katwe and Kiseyni developing schools and then, out of the various dreams and ideas of the young people, projects emerged – the campsite, Maya medical centre, biodigesters, Acholi beads project, Biogas farm etc. – whilst at the same time John was ensuring his father’s security in Mityana. 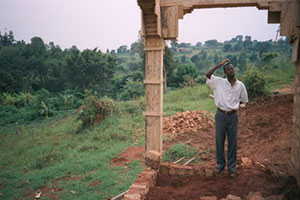 In more recent times, John and his work became known to some other organisations not related to LII, and teams started to come from other quarters, including CRED Foundation. Thus came the need to set up an independent Uganda-based not-for-profit organization that still honours the deep roots with LII, but also allows for direct liaison with other organisations in an accountable and transparent way – and so Nkuru-Nziza Foundation was born.